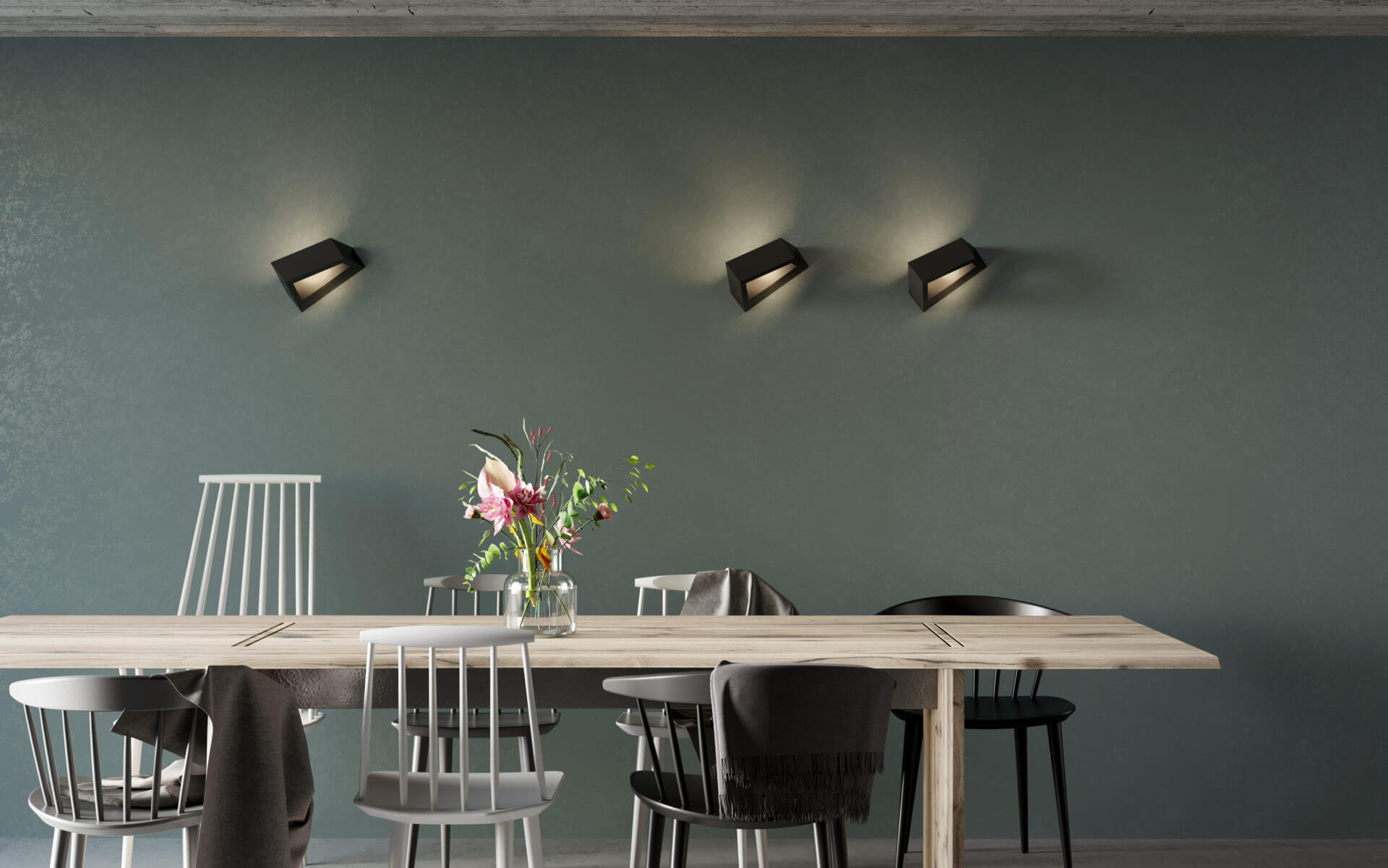 ILLUMINARTE INTERNI | MODULAR - The Land of the Bold and the Free

Nonconformist and spectacular, Bold commands attention. It invites the eye to linger just a

little while longer, and think. It’s a yes or a no, but never a maybe. It doesn’t fit right it. It

has the right to fit in.

One of Bold’s designers, Odin Visser from Studio Kees, based in Rotterdam, NL, says: this

luminaire is not the well-behaved kid in the classroom. It’s the interesting one. Bold is

never the same. It’s never dull. It’s a lot of input, every day or all at once. And it makes 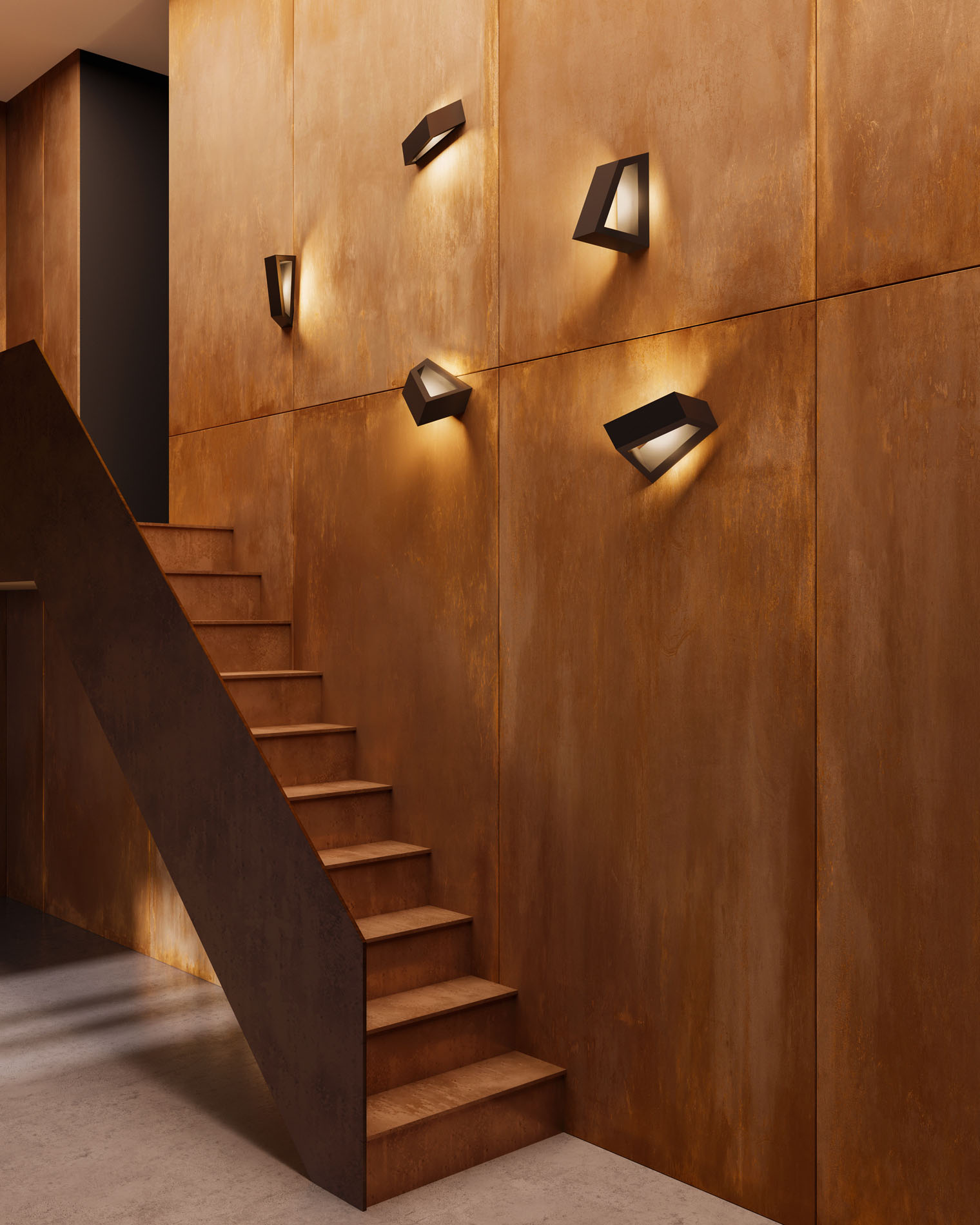 A balanced distortion of form

If expressionism were an architectural luminaire, it would be Bold. Subjective perspective

and ferocious emotions. Its confrontational design is the complete opposite of the soft,

warm and indirect light it emits. This stark contradiction is also an ode to the balance it

Let there be Lightscape

As much as it loves being on its own, Bold also works well in a small tribe. A few

together on the wall, at an angle, in a line, they give off a sensual and organic vibe.

environment that dares to express.

A direct luminaire with indirect light

the opposite plane on the wall. Bold is designed in a way that will mysteriously shed

opinions and light, but never expose any glare or reveal a source.

Thanks to the clever design of flush-fitted magnetic cover plates, fixation of the screws can

interrupted by a very thin design-gap visible along one side.

Flagrant, with a soft glow

Assertive, Bold is friendly, and its light, soft. Its high-quality LED emits a warm light with a

choice of two temperatures; 2700K and 3000K. For quieter expressions, Bold is available

For high-end residential spaces, hospitality settings, or for large spaces waiting to be

discovered by light, Bold is an invitation. Express subtle motion, vibrant commotion or the 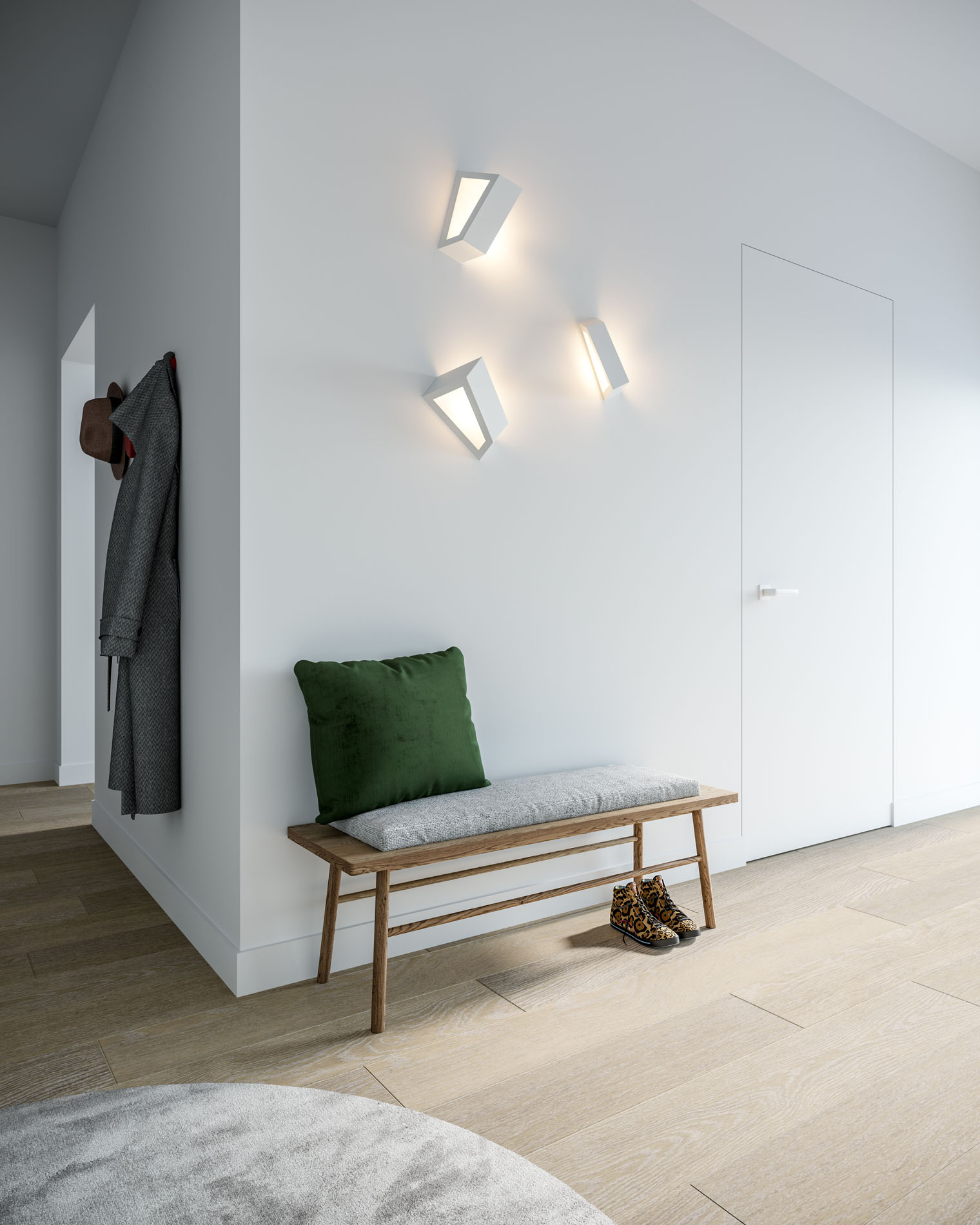