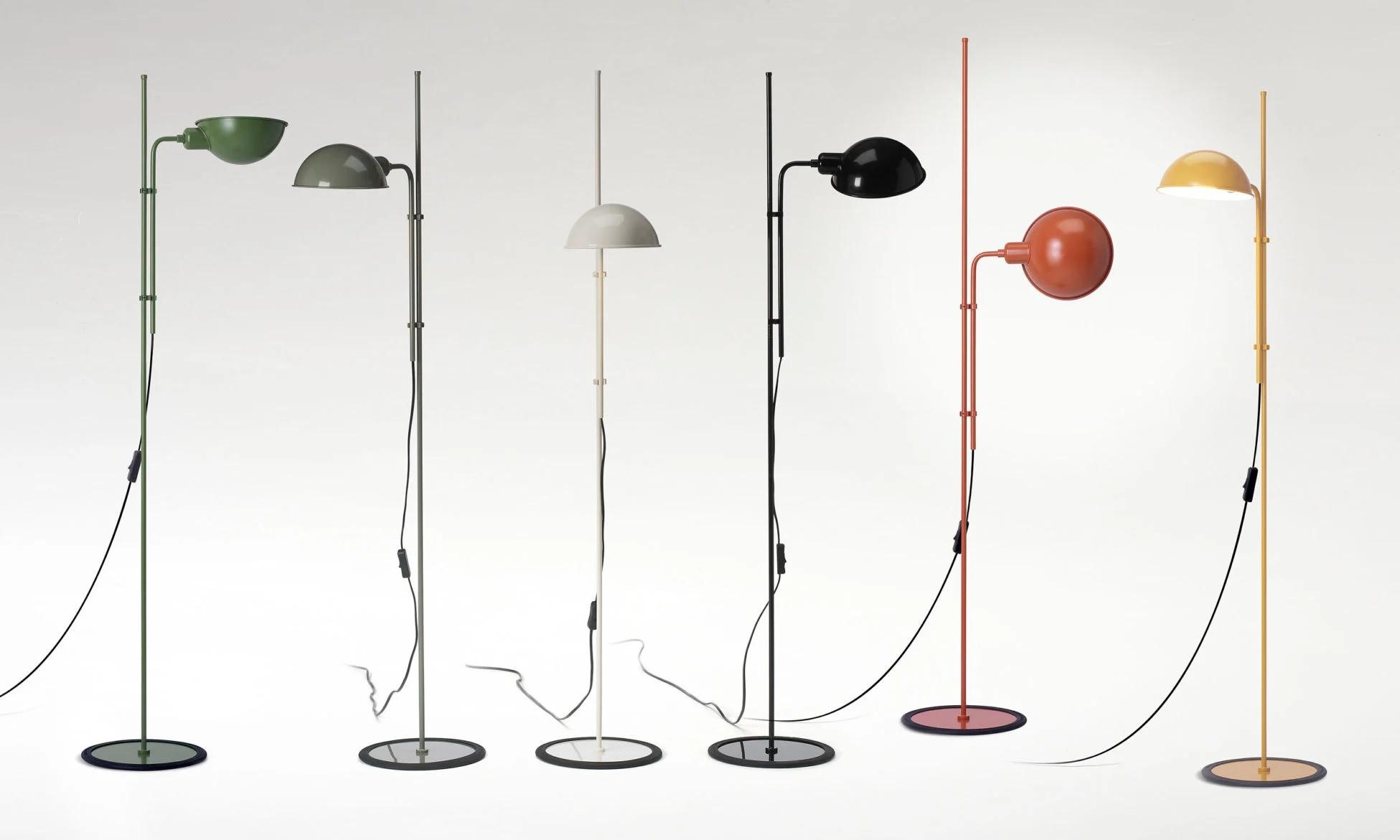 For Lluís Porqueras, designing consisted of eliminating the superfluous

until an essential object was left: beautiful, useful and simple. This was the

case with the Funiculí, a 1979 lamp that Marset reissued in 2013 and which

has become an emblem of the collection.

Lightweight, it takes up almost no space and can function as an ambient

lamp or for direct light, depending on how you direct the beam. Its

designer released the shade to give maximum mobility. It can rotate

double clamp system for height adjustment. For the Funiculí, 40 years are

nothing; it has stood the test of time and now comes in new colours that

further expand its possibilities. It is no longer only available in the neutrals

The new colours – green, terracotta and mustard – are intense. They are

design statements, highlighting the shapes of the Funiculí and bringing

chromaticism to the space. The new shades are cheerful and vivid,

conveying that colour can also be essential. 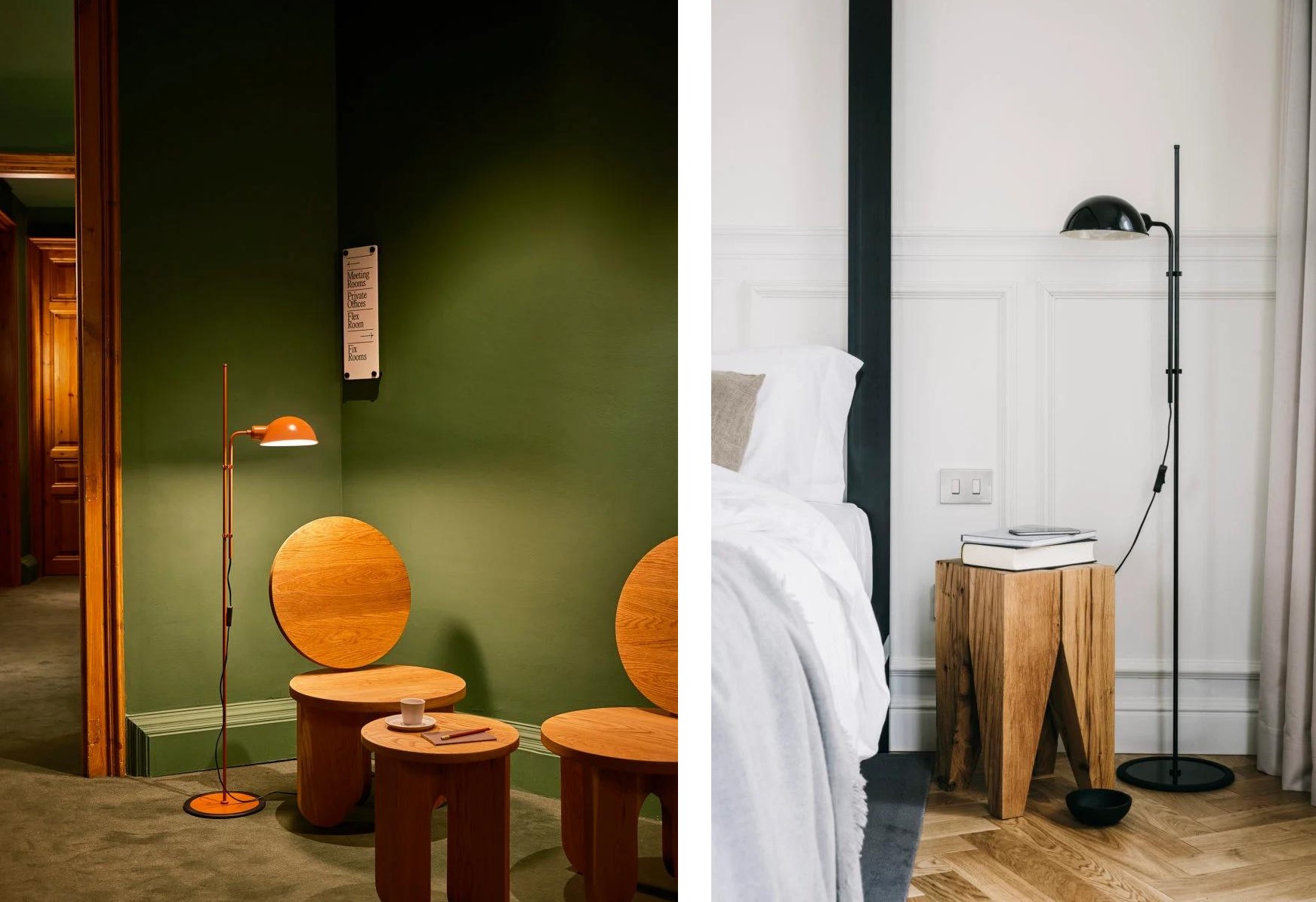 The new terracotta Funiculí brings chromatism to the space. A lamp

where everything superfluous has been eliminated, leaving a

lightweight and useful design, that can function as ambient or direct

light, and allows to adjust the height of the lamp. 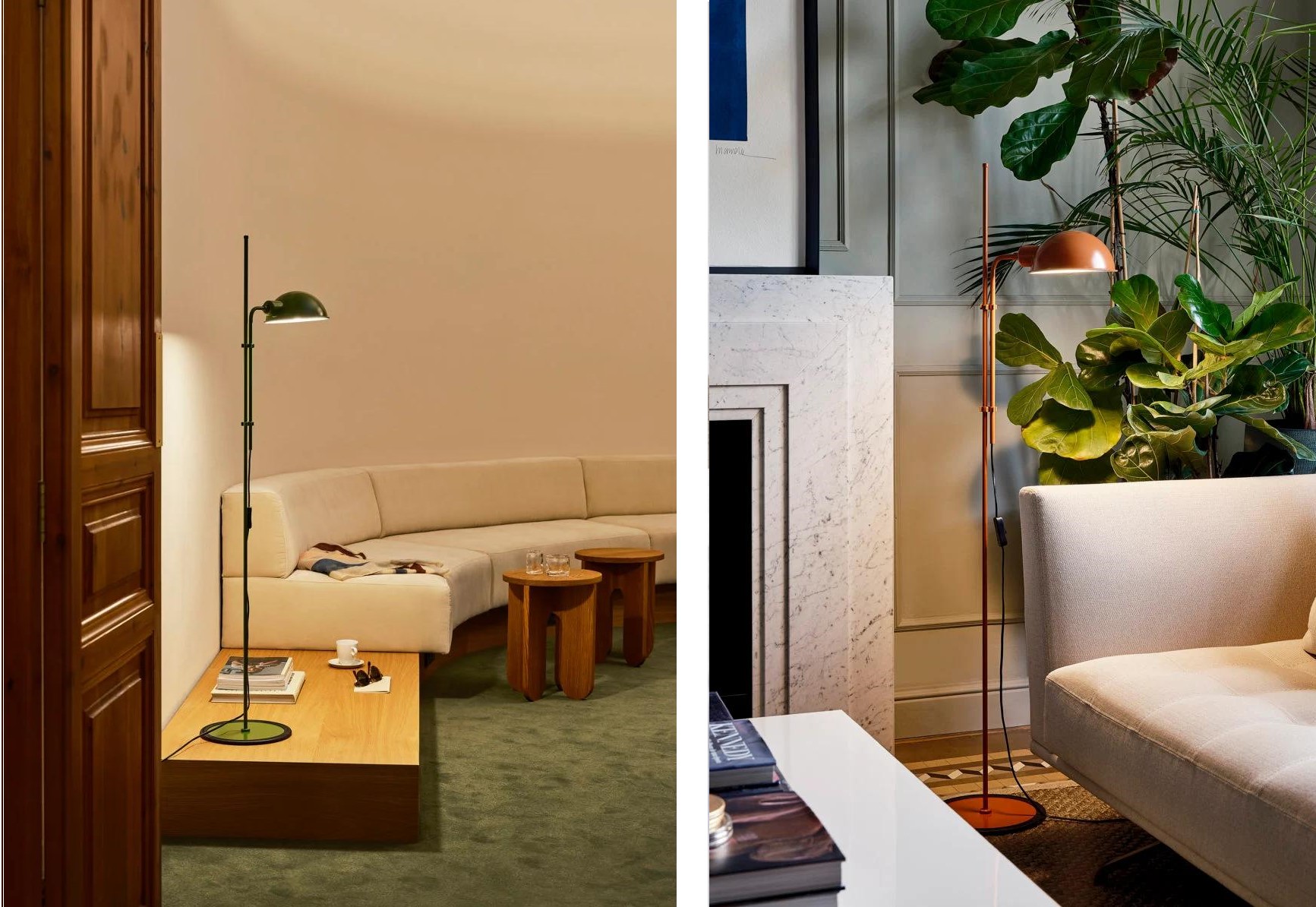